Bonjour, bonjour mes amies!! The Tour de France is upon us once again! For Tour fans in the Danaher house, it’s one of those annual events that marks another summer, another pre-season, and the passing of another year.

Dec doesn’t like knowing the result before sitting down to watch, so throughout the day, if the radio in the kitchen is on (5 Live, pretty much ALL day), I get terrorised by him yelling in a dreadful panic, “TURN IT OFF TURN IT OFF!!!!” when there’s a sports update.

The Tour de France is the ultimate in testing cyclists’ fitness to the extreme. It lasts three weeks and sees ridiculously fit cyclists riding ridiculously long distances up ridiculously steep mountains. It always has unpredictable and sometimes comedy moments…….highlight so far this year was a team bus getting wedged under the finish line. The stages place enormous stress on the body. The hours spent in the saddle makes fuelling with enough calories, carbs, protein and fluid a real challenge. Tour cyclists require about 6000kcal per day (a normal intake would be about 2500kcal)! Nutrition to fuel the race, as well as to ensure recovery in the short time until the next stage is a hard job.

Head of Nutrition at Team Sky, Nigel Mitchell, has the task of ensuring the boys have primed their bodies with optimum nutrition for each race. The aim for all cyclists should be to start races with carbohydrate and fluid stores well stocked. Breakfast is high calorie, carb and protein, from nutritious food sources. Team Sky also has a chef who travels with them.

Here is Nigel’s breakfast strategy for his team: 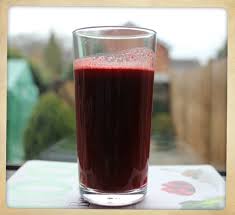 Pre-race: Between waking, and the start of the race (approximately 4-5 hours) 3-4 litres of fluid, from diluted fruit juices, vegetable juices and water. As well as fluid, juices also provide a source of vitamins, minerals and antioxidants, with out the bulk of whole fruit and veg.

Nigel ensures his team have their pre-race meal 3-4 hours before getting in the saddle. On the menu each morning:

Omelette: eggs are high in protein to help prevent muscle breakdown during the race.

Fresh fruit & vegetable juice: more of this stuff, providing fluid for hydration and to bump up vitamin, mineral and antioxidant intake.

So with their bodies well stocked with fuel for the race, the cyclists also have the important psychological advantage of knowing they are ready for the punishing ride over the next 6 hours. Nutritionist Nigel’s next challenge is to push enough fluid and calories while they are in the saddle………….

I am a UK Registered Dietitian with 23 years of experience in the NHS, private practice and lecturing. Living in Bangor, N. Ireland and mum to 3 kids. I specialise in sports nutrition, gastrointestinal issues, disordered eating and hormone health.

This blog is to share tried and tested recipes and good food ideas.